Is It Beyond Time the ABC Is Defunded, and Prevented From Using Taxpayers Money To Push “Deep State – Extreme Woke Propaganda”, Asks ANR Founder

Is It Beyond Time the ABC Is Defunded, and Prevented From Using Taxpayers Money To Push “Deep State – Extreme Woke Propaganda”, Asks ANR Founder

Is it beyond time the ABC is defunded, and prevented from using taxpayers money to push “deep state – extreme woke propaganda”, asks ANR Founder?

The ANR Founder has said, “the ABC should no longer cease to exist, unless it can fund itself, – which it can’t, as the extreme wokeism amongst staff – i.e. effective left wing communists, much like Twitter, and Facebook employees, and Netflix, who don’t care for ensuring the companies they work for, pay for themselves, let alone make a profit. But rather be their personal platform, to push their loser political ideologies, – which is whatever the Globalists tell them is the next thing to feign outrage over.
Think BLM matter fraud, Stand With Nazis in Ukraine thug puppet regime Government, to kill more innocent Ukrainian’s, ANTIFA, – effective domestic terrorists, but that’s allowed, as long as they are extreme left leaning, (and sponsored by Soros of course)
Or Global Warming, which after being debunked, was quickly changed to Climate Change, – yet another scam, to rape and pillage taxpayers Globally, then the biggest one to date, the Covid Conspiracy they sold the gullible and naive, – that it was the next Spanish flu, and if you don’t take the deadly untested experimental drug, – you’ll die, – yet it turned out to be not as bad as a seasonal flu. Even World Dr Bill Gates said “it has a very low mortality rate, much like a flu, – and only seems to afflict the elderly, (you mean, we count the elderly that were already dying, – put them on DNR, ban their pesky relatives, so they can’t watch us murder them in aged care homes, with Midazolam or Remdesivir, or simply starve them.– I guess rebranding a flu, and using a fake PCR test kit to convince billions they had a new virus, (which hasn’t been correctly isolated, despite millions offered to prove otherwise), despite 85% of people having zero symptoms, (as they don’t have anything), and the rest simply “flu symptoms”, – let’s not dare ask for proof of this so called deadly flop of a pandemic. Proof of cases, proof of the exaggerated deaths, proof the vaccines are safe, effective and necessary. Proof of a National Risk Assessment, done by our Government before such a coercive, dangerous medical experiment, was pushed upon everyone by the Global Medical Cartel, let by Gates, and Fauci.
Proof there is no conflict of interest. Proof media isn’t paid to push their deadly vaccines, and so on, and disguise vaccine advertorials as news.

The ABC is complicit with committing crimes against humanity, by pushing a deadly phase 3 medical trial, upon innocents, as are Government ministers.

These ministers and ABC executives, and some journalists, including from other mainstream media, don’t know it yet, but they’ll be soon facing court for crimes again humanity, and in court, vaccine propaganda isn’t considered a fact, but just dangerous, and deadly propaganda, and we can show there is 1 Australian dying sadly, every 15 minutes above the normal death rate, since these vaccines were pushed upon Australians. (January 2022 figures show a 22.1% increase in deaths, being 2865 extra dead Australians, who almost all have the one thing in common – the deadly vaccine injected into them. Most 2-3 vaccines.
Dying mostly from the deadly vaccines, that the ABC, Ministers, and others push (for money, and profit, and haven’t disclosed their conflict of interests.)

This might be why the ABC is trying to do a hit piece on ANR, and dodgy Government Departments, are trying to intimidate the TruthGroup, as it continues to expose the Covid fraud, and will go after every dodgy politician in Australia, and fraudulent mainstream media journalists, he said.
I detest liars like Elon Musk does, and mainstream media lie to Australians daily, and more and more are waking up, and sadly more and more are sick, and dying, from these deadly vaccines. The injury and deaths aren’t rare at all.

Just rarely reported by a deceptive mainstream media and lying Government, paid to cover up the death and injury toll.

But the truth is out. And once it’s escaped the bottle, it’s hard to get it back in the bottle.

I look forward to the fall of the Globalists, and their dodgy shills, in the media and Government, not just in our country, but Globally
Let the games begin, as the world is too small for these con artists, charlatans, and Covid criminals, to hide, he went on to say.

He also said “politicians and dodgy Government employees, should remember what happened to Former Senator Sam Dastaryi and his career, after he had a heated exchange with myself in a Senate committee I was invited to.
I can’t say how delightful it was to read in the Australian National Review, he had received Chinese bribes into his bank account, and had to resign in disgrace.

We have plenty more evidence, of plenty of Politicians we are going to take down, and mainstream media journalists, that we are building dossiers on, to expose to the Australian public.
We thank the whistleblowers who continue to provide us with the evidence needed to bring these liars down and the 50,000 citizen journalists Globally that support our Global Independent Media news network.

The days of fake mainstream media are coming to an end as quick as interest rates rise, spelling the end of the Globalists endless printing of fake money.”, he said.

*Note, We Deliberately Miss Spell Some Words or Add Capital Letters To Get Around Big Tech Censoring. 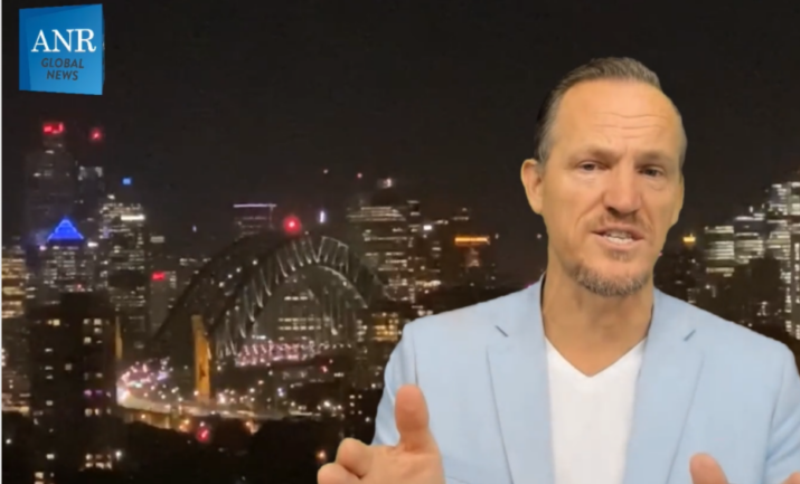